Nottinghamshire-lad, Kyle Ryde has been wearing SHARK Helmets for the last eight seasons. During this time, he’s achieved hundreds of podiums and was recently crowned British GP2 Champion at Oulton Park…

“It was a great weekend – and to be honest, surprising as I didn’t expect to win this early on. It was amazing to win a British Championship again too, the last time was back in 2014 when I won the British Superstock 600 Championship.”, said Ryde.

“I knew I needed to finish in the top-15 to get just one point to clinch the championship, so I knew I could win at the weekend, but it was nice to get it on Saturday so I could race freely on the Sunday – where I actually won the race overall!”

On what could have been a stressful weekend, it was his friend, Richard Cooper, who kept him calm and with his eye on the prize.

“It’s important to remain focussed. My good mate, Richard [Cooper] – who won the British Superstock 1000 Championship – keeps me calm and relaxed. He’s really brought out the best in me. I knew I would win it and just got the job done.”

Working with SHARK Helmets since his early racing career, allows Kyle to concentrate on riding, knowing he’s safe and protected.

“It doesn’t matter if I crash at 100mph or 10mph, I’ve always been safe. Thinking about it, I’ve never even really had a concussion and I’ve had some serious bangs to the head and it’s the helmet that has taken the whack. I don’t worry about anything – it doesn’t matter if it’s raining, freezing cold or 30 degrees – I know the SHARK will do its job.”

“It’s a no-brainer for me to work with SHARK, I’ve had offers from other companies but I’m not interested. Not only do they keep you safe, but in my opinion, they’re by far the best looking helmet on the grid – which is an added bonus!”

While plans for the 2020 season are still unconfirmed, Kyle plans to stay in the UK and rack up even more British Championships…

“I can already say that I’m three-time British Champion, which is a fantastic thing to say – I’m really happy racing in the UK. My ultimate dream? I would love to win the British Superbike Championship.”

It’s not just SHARK Helmets-supported racer’s who can get their hands on the iconic Race R Pro GP helmet, check out www.nevis.uk.com or call 01425 478936 for more information or to find your local authorised dealer. 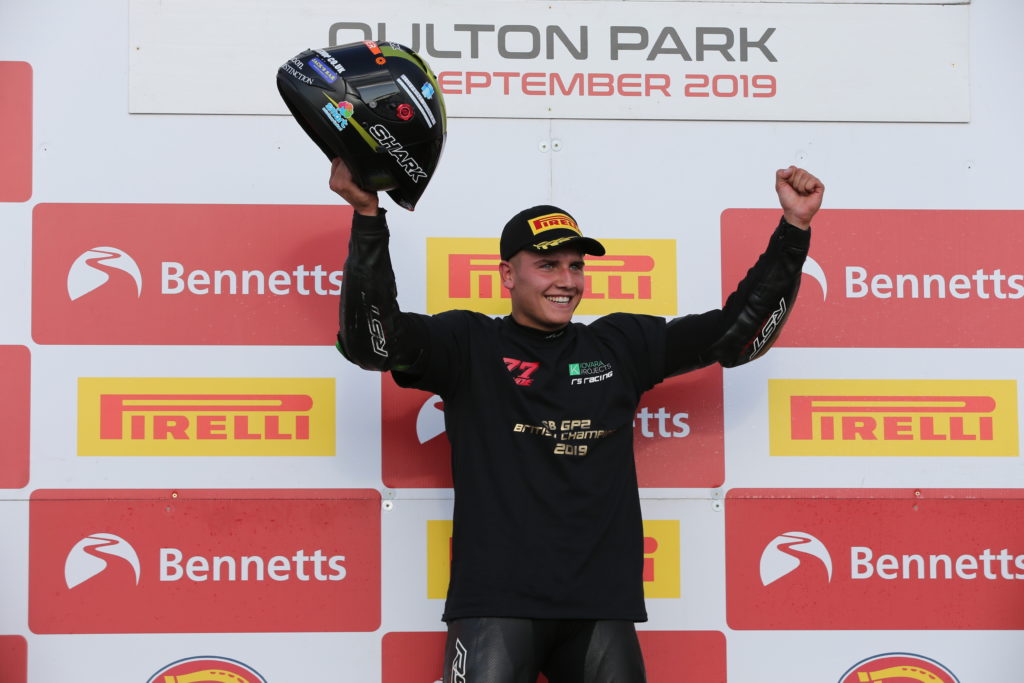